Ok not a piccolo but I picked up a nice looking flageolet from eBay Canada.
It looks like it's uncracked and has the original bone beak.
Here are the ebay photos doctored up a bit.

And lastly a photo of Robert Louis Stevenson playing a flageolet. 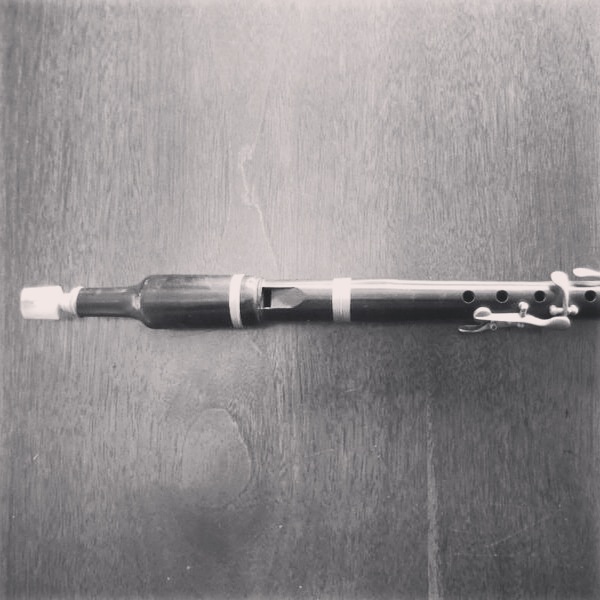 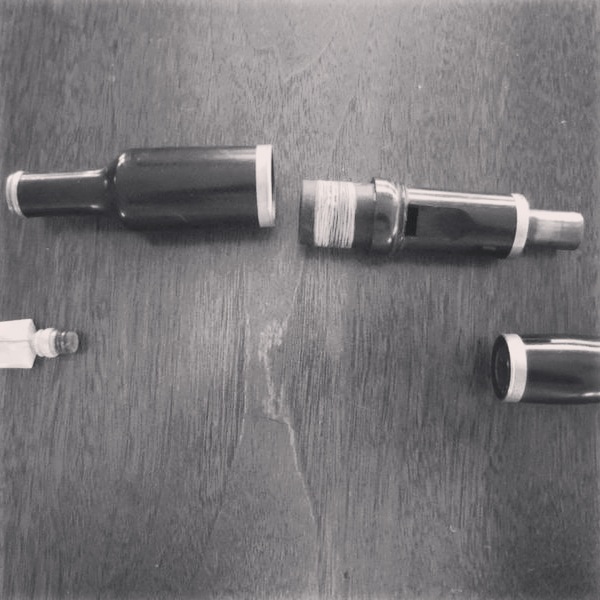 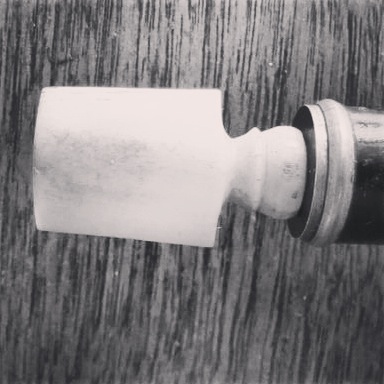 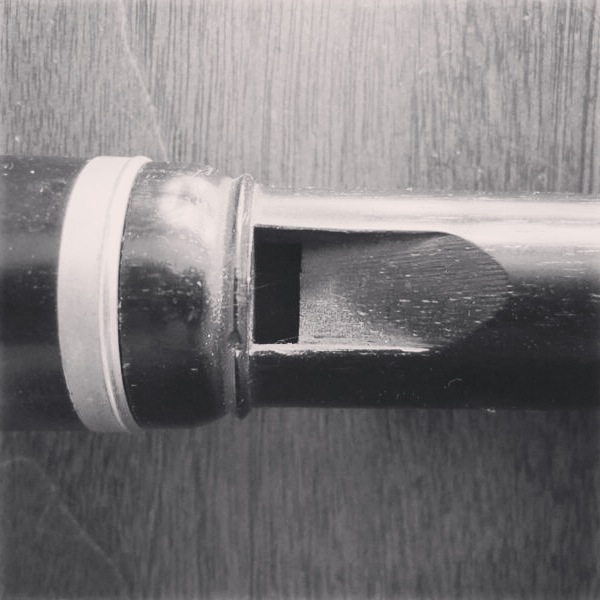 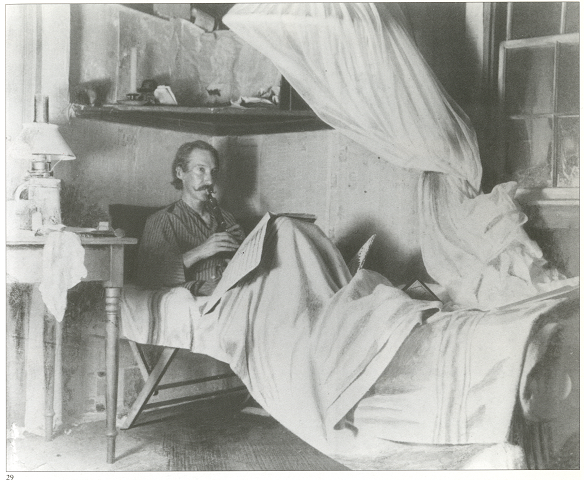 Rudall Carte for sale on eBay 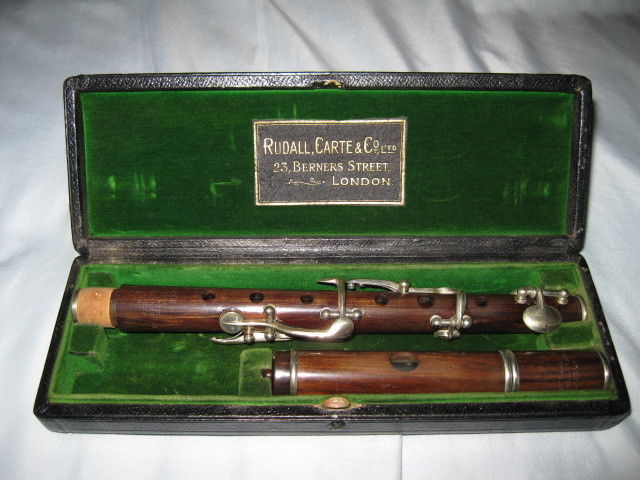 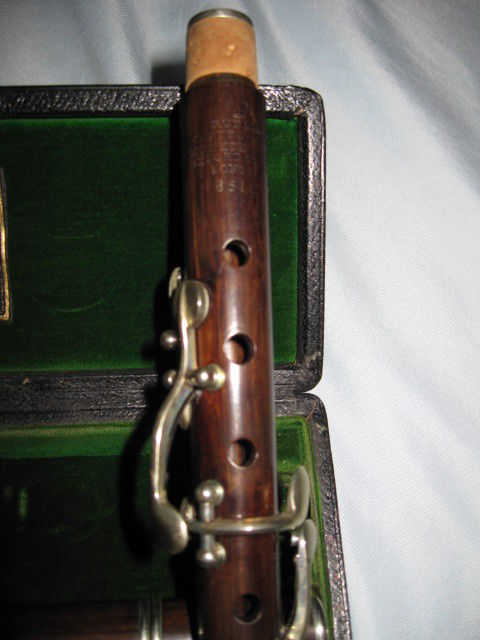 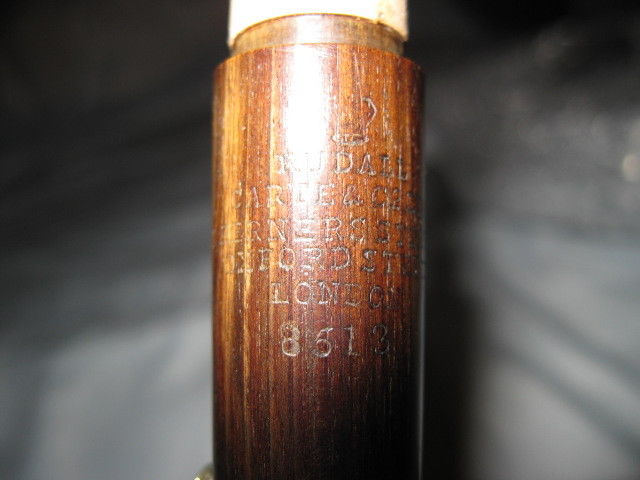 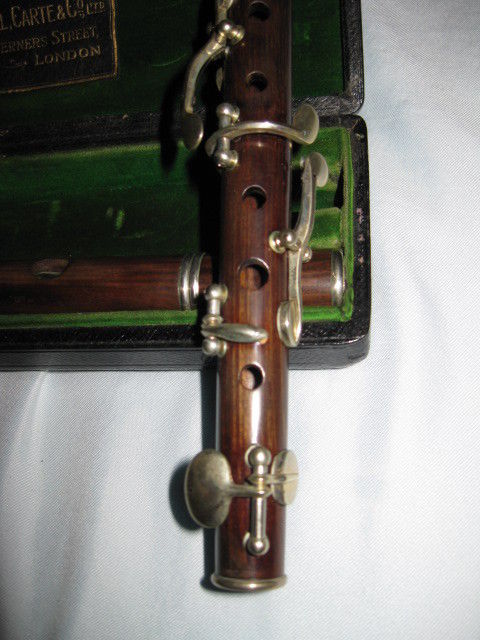 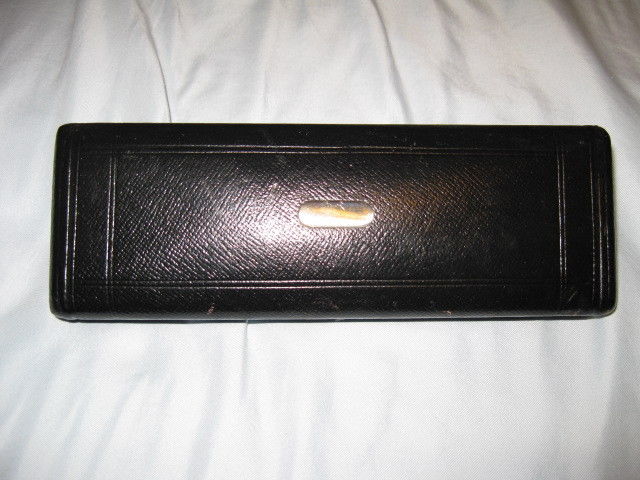 Ok this has nothing to do with Irish, Scottish or Northumbrian music  but I like the photo.
Traditional music of New Orleans .
Nice shot of the ivory headed piccolo.

Billy BALLANTINE, a pig farmer at Simonburn, near Wark, on the North Tyne, plays piccolo, an effective instrument for traditional dance music - not only did he play in local bands, but he was also an important collector of local tunes which he dotted down for Peter to pass on - he also talks about the local minstrel troupes - recorded by Peter Kennedy 1954.

Billy's music is lovely relatively and unornamented obviously drawing on local Northumbrian music as opposed to Doonan who drew his inspiration from Irish music. I hear a nice clear tone with trills.
Many of his tracks are available on iTunes on various compilations of Northumbrian music. I am only beginning to listen to his music.
I hope to find out more about Billy.

Billy's son emigrated to Australia and continued to play whistle and piccolo until his passing this year.
Here  is an article about Bob. I will reprint the text here in case it goes from the website:

"A MUSICIAN who transported the music of Tynedale to audiences Down Under has died at the age of 86.

The late Bob Ballantine is pictured playing his father Billy Ballantine’s piccolo.
Bob Ballantine emigrated to Linton, Victoria, in Australia, in 1961 – but took the spirit of his birthplace with him through music.
A celebrated whistle player, he was born in Simonburn in January 1928 to Emma and Billy Ballantine, and two years later his family moved to Greenhaugh Farm, which remained the family home for another 64 years.
Bob was the only one of seven children to follow in the musical footsteps of his father, a piccolo player who had numerous recordings and radio performances to his credit.
Straight from leaving school, Bob joined the Army in 1942 as an engineering apprentice but kept up the music by joining the Army band playing the flute and piccolo.
He met his wife, Ivy, while serving in Stevenage and, after leaving the army, they moved to Carlisle with Bob taking up a job at the ammunition factory at Spadeadam.
However, in 1961 the couple decided to emigrate to Australia on the popular £10 ticket passage with their three children.
They moved from there on to New Zealand – where their youngest was born – but later returned to settle in Australia at Linton.
Despite working in civil engineering, Bob kept up his love of music, playing with many bands and musicians over the years including regularly with the Rubber Band and dance bands Guy Charmers and Emu Creek.
He was also a regular attendee at folk festivals, including the annual National Folk Festival held in Canberra.
He happily showcased the music of Northumberland with performances and workshops at festivals – as well as playing with groups specialising in Irish, Scottish and even traditional Australian tunes.
His music has been recorded and can be found in the National Library of Australia and his performances have even made their way on to YouTube.
Bob’s family, who still live in the North-East, were among the first recipients of his CD Northumbria Down Under. Showcasing both Northumberland and Scottish folk music, it featured his birth place Simonburn on the front cover.
His sister Joan Benson, who lives in Haydon Bridge, is proud of Bob’s musical legacy.
She said: “When we went to see our father play the piccolo at the local dances, Bob hardly ever got up to dance – he was always watching the musicians.
“I was amazed when we went to visit him in Australia how many people knew him because of his music.”
As well as his music, Bob was also a keen sportsman, excelling in running, rugby, football, cricket and boxing during his army days, and also enjoyed seeking out gemstones.
He is survived by his wife, Ivy, and children Robert, Linda, Paul and David.
Posted by Unknown at 09:04 No comments:

Here  is an interview from Reg Hall's collection at the British Library Sound archive.

He is interviewing Scan Tester who tells the story of how one Dido Wickham got his ivory piccolo on the way home from the pub.
Price was half a guinea.

The sound archive is an interesting place worth further exploration.
Here  is link to a bio of Reg Hall that notes his great work documenting the tradition particularly in London.

I've yet to find any recording or more info of Didos music.

The photos are of an all ivory piccolo in the Edinburgh collection.